Home | Blog | Intelligent automation: the next generation of business optimization

Optimization –  it’s what differentiates successful, market-leading companies from the rest. Without it, companies would be doing things the same way they always have. Often by the most expensive, inefficient and slowest means possible.

Our world thrives on optimization. Every day there’s a new company pushing the boundaries and setting higher standards for the world as we know it. There are no finish lines when it comes to who can do it best.

This next industrial wave will make optimization more important than ever. It will put AI alongside the human workforce to produce more, waste less and do so faster and better than ever imagined.

Business process automation (BPA) is not new. It stems from business process management (BPM) that was brought about during the 1990s. BPM-focused on simplifying and optimizing processes for businesses on a broad scale. BPA is an aspect of BPM that uses automation to eliminate repetitive workflows using a machine, software, tool or system with little-to-no human interference.

The goal of BPA is to rapidly improve the efficiency and productivity of an organization by getting rid of the mundane tasks that waste the valuable time of a company’s human workforce. It’s holistic technology that covers end-to-end automation of a certain process.

Historically, BPA tools were limited in what they could do, understand and the tasks that they could perform. Most tools often automated precise, rule-based processes like processing or manipulating data, triggering automated responses, etc.

Then there is robotic process automation (RPA), which is the software that enables BPA. It’s the physical technology that does the automating and completes these tasks. While BPA focuses on widespread automation of processes, RPA focuses on more narrowed automations.

Gartner estimates that global spending on RPA technology in 2018 hit nearly $680 million. In 2019 they predict that the RPA industry will grow 57 percent, making it the fastest growing software category by more than 200 percent.

And the future of this technology? By 2025, RPA software will perform the same output as 140 million full-time employees, having a potential impact of $5 to $7 trillion.

That type of growth within the RPA industry wouldn’t be possible without the advanced technology that’s now becoming increasingly available to businesses, which leads us to the next generation of business optimization: intelligent automation.

AI is now more advanced, more capable and more easily accessible than ever before.

The developments in recent years have made it so machines can perform much more than previously imaged. For example, virtual assistants can now understand language and complete requests by humans. Other AI can recognize facial images and automate based on its detection (e.g. iPhone’s face unlock feature). These examples are merely the tip of the iceberg for the potential of AI and related technologies.

This technology is also steadily becoming more available to the masses. What was previously only reserved for academia, the elite or science fiction is now in the pocket and home computer of the majority of the global population.

When these advanced AI technological capabilities are combined with RPA software, the possibilities are endless. RPA automates repetitive tasks that bog people down, while AI analyzes, learns and solves problems. The next generation of business tools will use technology enabled with both RPA and AI to accelerate productivity to unseen heights.

Intelligent automation is incredibly powerful. Some real applications include:

The above are tasks that would take typical human workers hours of cognitive effort to strategize, plan and execute on, while it only takes an intelligent automation platform a fraction of that time.

This frees up each worker to get more productive work done. For a doctor, this means spending more time with patients or guidance on diagnoses. For a banker or insurance provider, this would mean spending more time helping customers. With intelligent automation, people spend more time on the tasks they enjoy and excel at.

As humans waste less time, the benefits of using this technology pile up. Overall productivity improves, operating costs are reduced and tasks are done more efficiently.

Current spend in the intelligent automation space is $12.4 billion and by 2025, it’s expected to reach more than $230 billion.

Why use IA for sales

In 2018, sales productivity and performance were ranked as the No. 1 challenge for B2B businesses. Without a well-oiled, highly productive sales organization, businesses fail to scale, grow or remain successful and profitable in their market. Yet, the sales process is riddled with inefficiencies that prevent representatives from being productive and bringing revenue into the company.

Eliminating these excessive processes that prevent sales productivity should be an initiative on any company’s agenda. While it’s not yet in widespread use, very soon this AI will go from giving a company a competitive advantage to becoming a requirement.

Technology is one of the biggest drivers pushing the needle of optimization forward. Businesses, now more than ever, rely on tech to optimize their processes. This is especially the case as a new generation of business optimization approaches with artificial intelligence and automation at the helm. 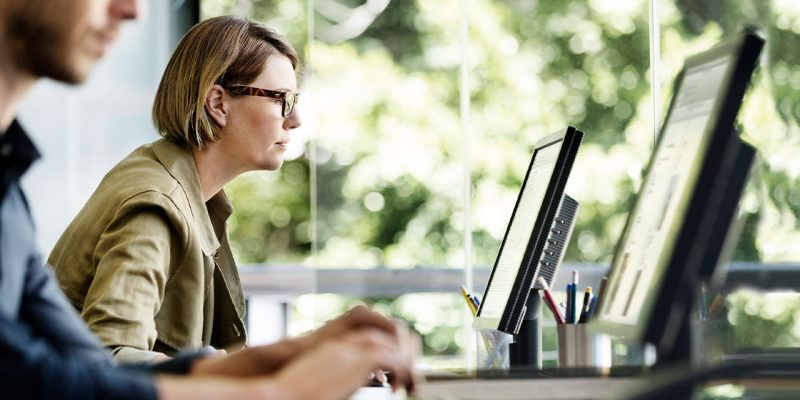