Technology is constantly changing and innovating, making it easier to navigate the world around us and increasing human productivity in the process. The one not-so-pretty aspect of this ever-changing landscape is that it’s difficult to stay up to speed.

There’s an acronym for nearly everything these days (AI, RPA, BPA, IA, DL, ML, the list goes on and on). It’s tough to differentiate business technologies to ensure you’re getting the exact capabilities you need.

Over the next few weeks, we’re creating a series to help you learn the key differences between various types of automation and intelligent technologies, and show you some possibilities on how to implement.

Business process automation (BPA) is an approach to optimizing entire business processes with automation. The goal is to eliminate repetitive workflows to improve efficiency and productivity.

Business process automation doesn’t focus on one department or process, but rather looks at the organization on a holistic level to see which processes could be improved through automation. BPA covers end-to-end automation of a certain process or workflow.

With business process automation, typically an in-depth analysis of the business’ inefficiencies is required to assess the largest problems the organization is facing. It usually also involves building a solution from the ground-up rather than adjusting and optimizing existing processes.

Then there’s robotic process automation, which is software that enables business process automation. Rather than attempting to automate an entire workflow, it’s task-oriented automations eliminate an existing process or co-exist within current processes to perform them more efficiently.

A key differentiator of RPA is that the technology automates and completes tasks. However, RPA is not a machine or robot – it’s a software or application that replicates employee behavior by interacting with a user/web interface the same way a human would.

Robotic process automation can be applied to various computer tasks to accelerate the speed and efficiency they are performed. Some use cases include: website scraping, payroll processing, document generation, underwriting loans, claims processing, membership renewals, order processing and shipping notifications.

The market for RPA is quite promising. In 2018, Gartner estimated that global spending on this technology hit nearly $680 million and predicts the industry will grow 57 percent during 2019, making it the fastest growing software category by more than 200 percent.

By 2025, RPA software is expected to perform the same output as 140 million full-time employees, having a potential impact of $5 to $7 trillion.

Recently, robotic process automation has stepped into the spotlight. This is likely due to the simplicity of implementing and adopting it compared to BPA, which requires much more legwork.

While RPA has become the more popular of the two, this doesn’t mean BPA isn’t important. In fact, RPA and BPA are just two different approaches to reaching the same goal.

They both aim to drive efficiency and productivity throughout an organization by automating processes, and often these two types of automations can work in tandem. The key is knowing the difference and identifying which technology (or combinations of technologies) is best for your organization.

If your business has major automation needs and requires a deep analytical assessment, then BPA may be the best bet. If you’re looking to optimize existing processes or just continue operations until you can do a major automation fix, use RPA. 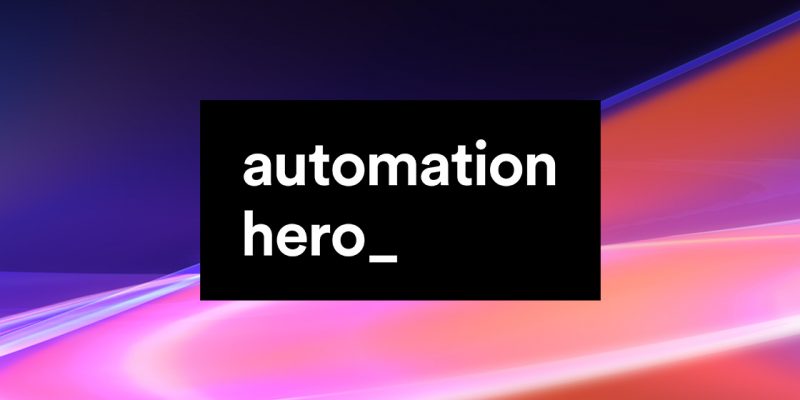