Home | Blog | The ROI of intelligent automation: why projects pay for themselves

The ROI of intelligent automation: why projects pay for themselves 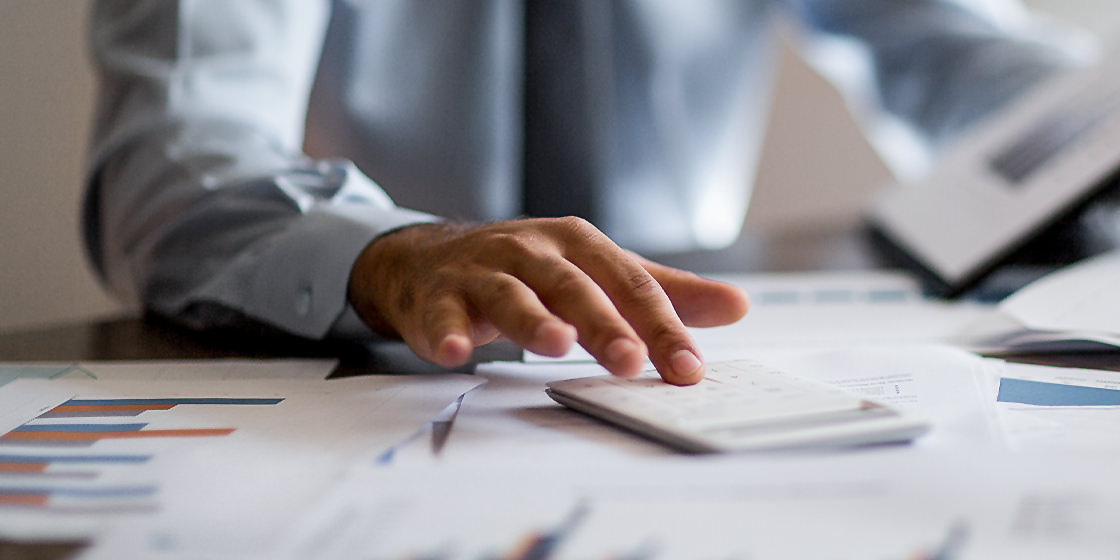 Why invest in automation? One way to calculate the upside is to start with classical efficiency — being productive with less effort, usually by eliminating tasks, cutting costs and saving time. But automation brings more than that. It has positive aspects too, like augmenting human decisions, contributing to employee happiness, and carving out novel opportunities. It can help create outcomes and market spaces that did not exist before.

Below, we’ll answer some of the most common questions around the ROI of automation, including cost savings, employee impact, and long-term benefits for a company.

RPA gets you partway

RPA is terrific for certain kinds of tasks. For example, it can perform one action repeatedly, as long as that action has no nuances or exceptions. Because RPA automations must be pre-programmed, they’re best suited for simple, rules-based processes like data entry or invoice processing.

When you add AI to RPA, a whole new world opens up. Intelligent automation can still handle the same routine tasks of business work, but now it can do more heavy lifting — for example, analyzing unstructured datasets and input such as text, audio and video. While this type of data may not map perfectly, it often holds valuable insights. Intelligent automation can also handle much more complex rules using natural language processing and predictive examples.

While unstructured data like audio and video may not map perfectly, if often holds the most valuable insights.

#1: What are the cost savings of automation?

Whatever your flavor of automation, it offers huge benefits — many quantifiable, some qualitative. Let’s start with the cost savings.

At Automation Hero, we worked with a leading German health insurance company that handled approximately 130,000 closed claims per year. It took a team of 450 sales reps between 15-30 minutes a day to manually handle. To close the claims, reps pulled data from multiple systems (e.g. SAP and a CRM) and pasted it into a Word document. After data extraction, the document had to be printed and signed. We used a simple automation to compile all the relevant information into a PDF for e-signature, resulting in $1.2. million in ROI. It saved the employees the equivalent of 18 years’ worth of work.

At a fast-growing American insurance agency, a team of 30 people were tracking more than 100 insurance carriers, which all had policies expiring at different times. We helped the agency create a simple automation that let agents retrieve expired policies and populate a Salesforce screen in seconds, rather than hours. It cut approximately 28% of case creation, resulting in a seven-figure ROI.

Find your use case ROI

#2: What does automation mean for customers?

Used well, automation leads to higher-quality customer service. Everyone has had maddening experiences with customer-service phone trees or chatbots. But automation has more sophisticated uses. Find the sweet spot for offering appropriate customer experiences for each interaction, and automation will be a win-win.

For example: turn over rote tasks like scheduling meetings, CRM data entry, and repetitive aspects of call center work to automation, saving personal interactions for customers when they want or need it. At critical moments, such as making a sale or handling a complaint, sending your customer to a robot is unlikely to lead to sales or loyalty. Use the predictive analytics capabilities of intelligent automation to make personalized recommendations for customers, who will then be much more likely to buy products and give higher NPS scores.

Knowing which tool is right for the job is equally important when deciding whether to tackle a customer service problem with RPA vs. IPA. For example, robotic process automation can really only handle back-office functions, whereas intelligent automation can take on more complex customer-facing interactions in the front office.

Automation Hero used intelligent automation to help a global logistics company that was drowning in customer requests. Because the company couldn’t handle the volume, the result was long wait cycles for customers and plenty of unanswered calls and emails. Not only was the customer experience negative, but the responses were sometimes so slow that the company missed business opportunities entirely.

We helped the company build a two-step AI model to automate responses to 60% of its incoming inquiries. This led to an 80% workload reduction, mere seconds in response time, and overall higher customer satisfaction.

#3: What does it mean for employees?

The qualitative benefits of automation include one that’s not obvious at first but no less important: making knowledge workers happy. Intelligent automation helps you eliminate repetitive tasks, meaning your staff gets reassigned to more high-level, high-value activities. Ultimately, they’ll be more engaged with their jobs and stick around.

Automation can also augment employee decision making. The AI built into a good intelligent automation platform can provide critical insights into data patterns. The added wisdom, through process mining or other data analysis, leads employees to more success in their roles — and thus increased job satisfaction. Intelligent automation does nothing short of letting employees achieve career goals and benefit your company.

Some companies find that implementing RPA or IPA also lets them shift human capital costs. To be sure, automation can mean replacing full-time employees. But a more likely outcome is the  company reorganizes staff, optimizes and eliminates tasks, and increases overall production.

#4: How does it impact the company?

Cost savings through efficiency: Productivity increases lead to enhanced organizational efficiency. Since labor productivity is the total output of your enterprise divided by the total input, eliminating inefficient processes with automation can lead to higher throughput with the same resources.

Think about this: you make efficiency gains, and then pair those with increased effectiveness stemming from fewer errors. Your brightest workers can then also use AI-enabled predictive analytics to make better decisions about projects large and small. Suddenly, a whole crowd of people at your company are freed up from mind-numbing work and have more time to explore new markets and opportunities for themselves and their teams. These are revenue-producing activities that will directly impact the bottom line.

#5: Why make it an end-to-end platform, instead of a best-in-class product for certain kinds of problems?

Let’s say you’re sold on the concept of automation. One further consideration is whether you need an end-to-end platform for automation, versus a best-of-breed tool like data analytics or decision modeling software. Automation includes a whole ecosystem of tools and companies offering different solutions. Vendor selection for any project is important, and Automation Hero may not be the platform for the task.

An end-to-end solution also extends the “life” of legacy systems, and is built for the future of automation — an approach Gartner calls hyperautomation. The constant churn in ripping and replacing legacy systems bottlenecks IT, with some massive IT solutions becoming obsolete before they’re even implemented. When all your best-in-class products need to be duct-taped together, and your infrastructure is fragile at best.

It pays to automate first. In the stalwart insurance business, for example, startup Lemonade sent shivers through the industry when its technology-forward approach meant it could process a claim in just three seconds.

Early movers appear to be racking up performance gains, and AI investments by first movers are also setting the stage for a second wave of gains.

In a 2018 study, McKinsey found that first movers tend to race ahead of competitors. “Our research strongly suggests that waiting carries risks,” the consultants wrote. “Early movers appear to be racking up performance gains, and AI investments by first movers are also setting the stage for a second wave of gains. After realizing initial business-model improvements through AI, it seems, companies use the profits to invest in additional AI applications, adding further to their margins.”

This year, as a public health crisis sends shockwaves through the economy, the brightest minds in tech have looked into their crystal balls to find that all things automated will surge ahead, and digital transformation is accelerating as companies scramble to make better use of slim resources.

The cost of doing business

When it comes to sizing up an automation project, broad cost reduction is important. Plenty of companies see quick wins from, for example, in isolated implementations of RPA. But analysts at the Everest Group warned last year that cost-trimming isn’t the only thing companies should consider as they ponder a faster digital future. “Enterprises tend to identify and prioritize cost savings as the primary objective of their automation initiatives,” Sarah Burnett and Anil Vijayan wrote. “However, this strategy can result in myopic focus and siloed implementation approach, which may significantly limit the potential of automation to deliver strategic benefits beyond immediate cost reduction.”

[Making cost savings the primary objective] can result in myopic focus and siloed implementation approach, which may significantly limit the potential of automation.

Rather than seeing automation as a short-term fix with potentially stalled initiatives, calculating automation’s true ROI means stepping back to see how it can help your organization achieve its long-term, big-picture goals. 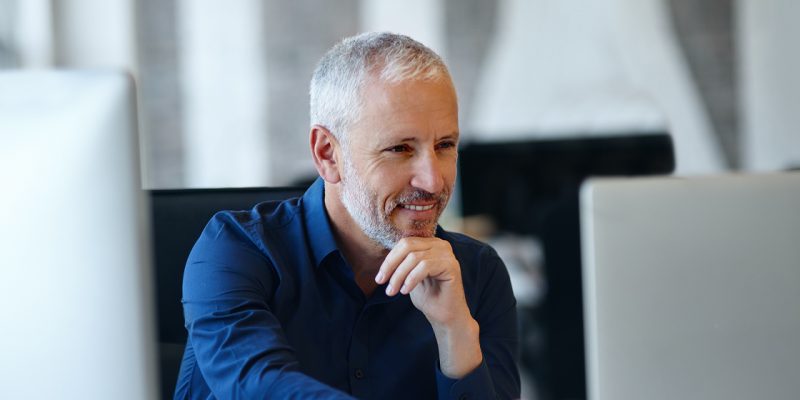 How to Enhance Your Enterprise with Automation