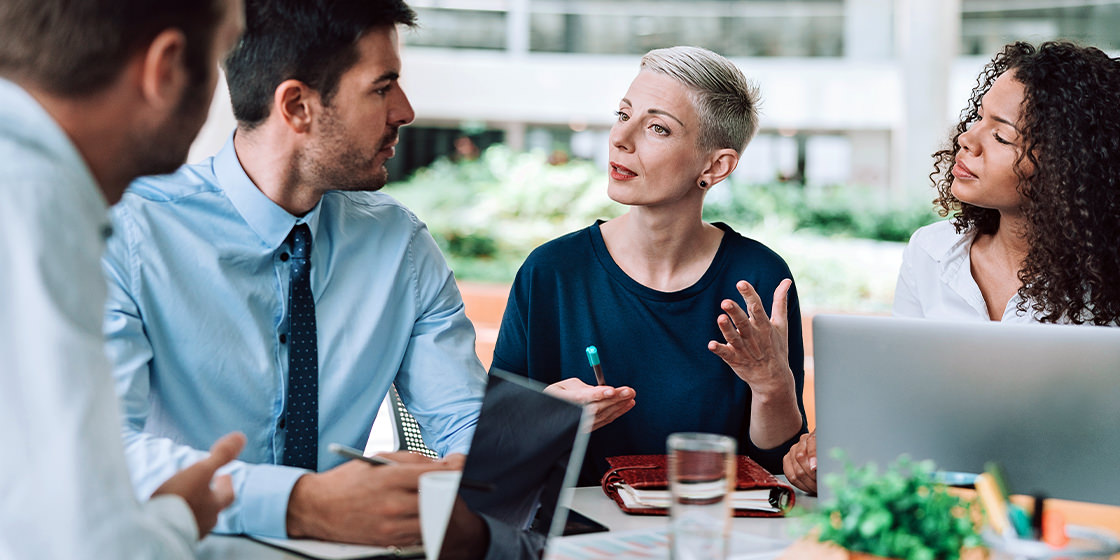 Only 10 percent of organizations use the traditional BANT sales process to qualify leads and are now turning to other sales methods.

But why are they moving away from the BANT sales process when it was arguably the most common way to sell?

It’s possible that it’s simply outdated. IBM introduced BANT in the 1960’s as a way to standardize the qualification process, and it became a tried-and-true sales method that reps latched onto for years.

Much has changed since the 60’s: the internet, the addition of the CRM, organizational structure, and most importantly, the buying behavior of customers. Back then, the only product information customers had was what the sales reps gave them. Buyers today are much more independent and do most of their product research on their own.

This change in information gathering has drastically altered how people want to buy and be sold to. Customers now expect personalized sales conversations, speedier responses, faster turnaround, convenience, and above all, their business problems to be top priority. Recently, sales leaders have criticized the BANT sales process for no longer meeting those demands.

The question now is: can BANT be brought into the modern selling era or should companies abandon it for other methodologies?

If you want to stick with BANT, there are a few tweaks you can make to ensure you’re meeting customer demands. We’ve also listed alternatives below that may better help you navigate through the evolving buying process.

The BANT sales process is a method of qualifying a lead based on that lead meeting three of the four criteria: Budget, Authority, Need, and Time.

According to IBM, a prospect is considered qualified if they meet three out of four BANT criteria. If they don’t, sales reps need to decide if they want to nurture them for future engagement.

It’s also important for the sales organization to decide as a team if they want to follow BANT tightly or loosely so that what the company defines as “qualified” is consistent across the board.

Budget = What is the prospect’s budget?

Authority = Do they have decision-making authority or are they an influencer?

Need = What are their business needs?

Time Frame = In what time frame are they expecting to implement a solution?

According to critics, if you follow BANT as is, it doesn’t fit in with the modern buying process. We’ll review some of the most prominent concerns with this selling process and some suggestions on how to modify it.

1. It puts the sales organization’s needs above the customer’s needs.

The BANT sales process makes budget and authority top priority, which are primary concerns for the sales rep (not the prospect). In 2016, TOPO found that budget had nearly been eliminated as a qualifier, having decreased in use by 62 percent. That same study found that need and authority were the most essential to qualifying a lead.

To solve this, talk about the customer’s needs and concerns first and then empower your contact to advocate on your behalf to find budget and authority.

2. It assumes the customer is already aware of the problem and how big that problem is.

Many prospects understand their business problems, but may not understand the consequences of maintaining the status quo. Because BANT doesn’t address education, it inherently assumes the prospect is already aware of what will happen if the company stays on its course. Sales reps need to educate their prospects on the economic impact of their problem if it goes unsolved.

Innovation is constant so the technology ecosystem is always moving quickly. While customers can access information online, you also need to educate them on elements of your product that they may not understand. Tell them what innovations set your solution apart.

Whether a lead is inbound or outbound, you can never assume their level of interest. By starting out of the gate with budget and authority, the BANT sales process assumes that the prospect is interested and ready to buy. Many customers today do a lot of research on their own and then develop a short list. These people are now looking to narrow down these options to an *even shorter list.*

Sixty percent of buyers want to wait to connect with a sales rep until they’ve researched the product and are in the consideration stage. Only 20 percent want to talk once they’ve already decided which product they want to buy. So, assume that your prospect is still undecided, connect with them on their needs and dive into education.

4. It can make the sales conversation feel like an interrogation.

If you use the suggested questions listed on IBM’s website as-is, BANT can be very intimidating. Instead, aim to create a conversation by using BANT as a fluid guideline. Gong.io found that the most successful discovery calls have 77 percent more “speaker switches per minute” than bad cold calls. Use open-ended questions and weave in the other BANT criteria throughout the conversation as appropriate.

While the BANT sales process has been one of the most popular sales methodologies, it is not the only one out there. Check out a few others below that may fit better with your sales process and qualification needs. You may want to try A/B testing which methods work the best.

This is a lead-qualification tactic developed by InsightSquared to address customer pain points first. It views authority as an opportunity to map out the decision-making process within the organization.

Money = Determine how much budget they are willing to spend to solve their business problems.

Prioritization = See where this problem falls in terms of priorities.

Matthew Dixon and Brent Adamson wrote, “The Challenger Sale” in 2011 as a methodology that encourages sales reps to challenge what prospects know and teach them something they don’t know. It was made to replace SPIN Selling, which became popular in the late 1980’s.

Their research divides sales reps into five personas: relationship builders, hard workers, lone wolves, reactive problem solvers and challengers, the latter of which they argue is the most successful. The challenger persona follows the below guidelines:

Teach = Give new insight to a prospect about their business and needs.

This is a qualification framework developed by HubSpot that is based on changes in buyer behavior.

Plans = Ask what they’ve already done to reach those goals.

Challenges = Identify their challenges and let them know that their current or past plans to fix them can be improved.

Timeline = Define how important this problem is and then move them up or down on your priorities list based on their response.

Budget = Ensure they understand the ROI of your product and that the funds they’re spending on other solutions are not working.

Authority = Ask for insight into the thought process of the decision maker and ask for them to be a champion for you within the organization.

Negative Consequences/Positive Implications = Find out what happens if the goals are, or are not, achieved.

This qualification framework, developed by The Harris Consulting Group and Sales Hacker, was specifically designed to replace methodologies like BANT.

Need = Look at the prospect’s core needs and challenges instead of their surface-level pains.

Economic Impact = Help them understand their current economic situation compared to the resulting positive impact if they make a change.

Access to Authority = Find a champion to speak on your behalf.

Timeline = Create a compelling event that forces a decision in a timely manner.

MEDDIC is a qualification process for complex enterprise sales created in the 90’s by Dick Dunkel and Jack Napoli.

Decision Criteria = Determine what criteria they’re factoring into their decision.

Decision Process = Figure out the process they use to make a purchase.

Identify Pain = Identify challenges and the consequences of solving or not solving those problems.

Champion = Elect a champion to help you sell up to the decision maker.

In 2018, there’s no cookie-cutter way to sell. If you’re a manager or a rep who’s looking to shake up your BANT sales process, see if our suggestions suit your team or shop around for the sales methodology that’s best for your team.

Content Marketing Specialist at Automation Hero, writing about technology, sales, AI and the future of business!

Posted in Tips and Tricks